The Rising Stars Theatre Company was founded by the late Ann Dunn in 1979 as an Explorer post, a co-educational division of the Boy Scouts of America. It encompassed the ages of 14-21 and its special interest was musical theatre. It began as an ensemble of students who had been in Ann's chorus at Portage Park School. The students wanted to continue performing after graduation, hence the formation of the Explorer post.

As the years progressed, the Company branched out to include more and more high school and later college-age students. The major emphasis of the group was performances at hospitals, nursing homes, churches, and civic organizations looking for entertainment. Some of the young people who performed with the Company went on to professional careers in the arts.Some performers also remained active in the Company after reaching adulthood, serving in advisory capacities as well as performing with the younger members.  One year, the Company performed over 50 traveling shows!

In 1987, the Company produced its first full-length musical: My Fair Lady. The cast was a mixture of high school students and young adults. The production was a success and set the direction for the future of the Company.

Later, the group officially became The Rising Stars Theatre Company with an all-adult Board of Directors and production staff. It was headed by Ann Dunn until her death on February 2, 2005. The company is now run by an 11 member all volunteer Board of Directors who also serve as leaders of most of the production crews for all shows. 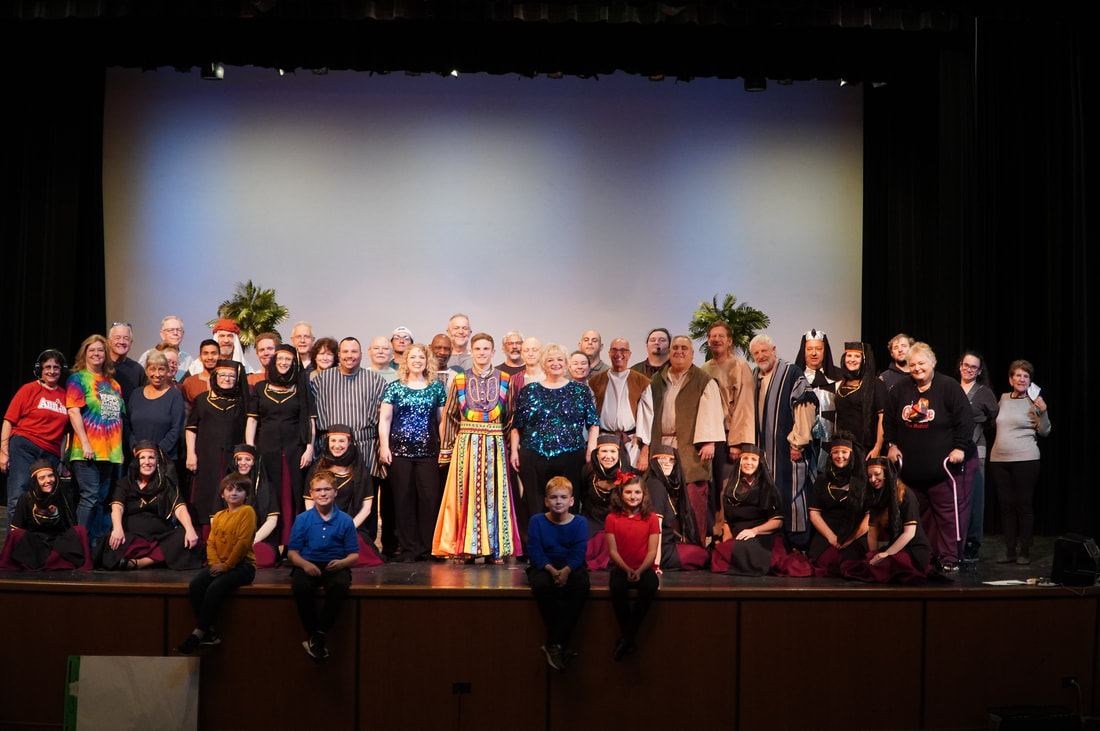 We have a large selection of costumes, props and set pieces for rental from our many shows over the years. We probably have what you're looking for. For more information call 773-736-2490 or fill out the contact form below.
​
﻿﻿﻿Become a Sponsor﻿﻿﻿

Our Sponsors program allows local businesses and individuals to show their support for the arts in an extraordinary way. A Sponsor has 3 levels of contributions to choose from and in exchange receives the following benefits:
If you are interested in being a Sponsor for our current production, please print the Sponsorship form found here: Sponsorship
Fill out the form and send it in along with your check. The Sponsorship deadline is given on the form. Call The Rising Stars Theatre Company hotline or e-mail us for more information.

Recent Sponsors include:
Exciting News!
The Rising Stars is part of the West Suburban Theatre Connection
WSTC is a consortium of community theatre groups located in the western suburbs of Chicago. We support each other through production discussions/sharing, building community awareness and the promotion of live theater performances and auditions.
Visit www.westsuburbantheatre.com to learn more and join the email list for notifications about shows and auditions from the entire consortium.
​